Disobedient product of the 1980’s though I am, I am intrigued by how the strict and stylised rhyme and metre traditions so loved by the Victorians (and that we often associate with predictable doggerel nowadays – a parody of poetry) were able to, when in the right hands, achieve soaring freedom of expression and feeling. I wonder whether the paradox of that is possibly because their corsetry mimicked the harsh laws and patterns of nature which are just as delicately balanced and ruthless?

The discipline of classical ballet, too, is often seen as constraining and stylised to the point of laughable artificiality, yet it is the whole composition on stage, that orchestra of bodies that is able to create sweeps of unfettered eloquence. Ballet dancers work as an ecology does, solos are revered, the hero, the heroine, centre-stage, top of the food chain, but it is the seamless fluidity of the connected choruses that has the ability to sweep an audience off its feet; it is their communism that tells the crux of the story, surely?

For me, it is still to this day, Vivaldi with his Four Seasons, who got as close as anyone in expressing a sense of non-human patterns, being nature’s sap, rhythms and reality, its glamour and heart-break call, through a man-made medium. The essence of nature’s infrastructures surviving the filtering process through a person’s venous system, then for those expelled ingredients to be eaten by others’ ears – these new vessel-bodies having recognised much of the original matter, (smells of the seasons even!) as ‘real,’ ‘true’ to the their own life experience. ‘Virtual Reality before computers – symbiosis at work! Though, technically, poetry is very much a poor cousin to a symphony, to music, it also strives for that same glorification of feeling that Vivaldi was able to give us.

I love it when Magical Realism’s metaphors can exert themselves through sound and then composition on paper as well as through verbal imagery – the multi-level monkeying around that words want to be unleashed to do. (Garcia Marquez’s ‘One Hundred Years of Solitude’ is another book that has always struck such a chord with me and I also like to adopt this ‘recounting of a mythological epic’ voice/feeling for some of my poems – there by high-lighting the pre-scripted, primitive footprint/soundprint that always lurks in contemporary experience). Because we are the generations that have been brought up on the hyper-stimulus of films we get hooked on wanting more and more of this cinematic concerto-type grandeur in our language. (Actually, if we’re talking on favourite iconic truths of nature shown through visual rhythms as well as aural ones, add some Henry Moore sculpture to that mix too and even Louise Bourgeois ‘Maman’ spider, alone, which says more than enough on most things of life).

More relevant to poetry-making, ancient and modern drumming styles can certainly clinch best particular factors of our conscious existence in nature, but it often needs an orchestra, a band –a biodiverse ecology of instruments and people – to reach a fluency on what an entirety means.

So, now that our planetary ‘entirety’ is so fragmented, how can poetry respond to our contemporary experience in explorations of sound and rhythm? Could one answer be through a determined scavenging and eclecticism of influences? Recycling bits and bobs of cultural litter in an effort to make sense of our scattered rubbish heap?

Poetry acts as a sturdy, make-shift saddle-bag for all the remnants of the different arts to be stored in – perhaps no accident its hoofed muse wakes up when we travel, when the seasons change – it really is the nomad’s light-weight art form! (Perhaps another reason why poetry is extra-feverish/sensitive to our era of climate crisis – those seasonal foraging paths it likes to follow have all merged or muddled into one murky landslide nowadays.) So, that dear bedraggled tramp called poetry, without the breadth or as enthralling as a novel, not as fluid as music, not as sociable as dance, not as touchable and permanent as sculpture, not as unequivocal as painting but, by God, it’s a bloody good sandwich! Keep it for when you are lost and hungry, its compressed, economic layers giving sustenance when on long and arduous migrations of the feet and of the mind.

Now that the longest, most difficult journey of trying to heal our sick little planet is upon us – poets have to be beggars for scraps, we have to embark on it step by stumbling step, stanza by stanza, watch those blisters bleed…

At the moment I am experimenting with poems designed to adopt, very rudimentarily, the rhythm and metre of birdsong or whale song or the pace of a bubbling brook – playing around with the idea of a kind of pigeon-English-in-reversal, so: ‘pigeon-animal’ or ‘eco-rap’ – inventing a clumsy attempted dialect ready for a Mad Max world of grammarless ecological leftovers – making the additional point, I suppose, that animals (like most groups made into ethnic minorities) turn out to be better at learning and translating our communication patterns and languages than we are able to learn theirs -more on this another time, this is a work in progress. However, the idea grew from my experimental poem of a long time ago on bird sounds, called ‘ Calls’ that I put here; have a listen:

(to be read in the rhythm and gutturals of 2 squabbling Golden orioles, early in the morning in a Cork oak!)

A story on one of the many manifestations of post-traumatic-stress-re-trauma. St Uncumber was the symbolic protector of battered wives and of soldiers, otherwise known as St Whilgefortis (Wildface) the medieval bearded saint, crucified for refusing to be sold off as dowry – a child-bride to an old and violent king. This poem is dedicated to all victims of domestic abuse and in particular a young friend of mine from years ago who was gang raped at the age of twelve – she grew a beard overnight and never spoke again. Also dedicated to the shade of trees that heal.

Rats of Today, Rats of Tomorrow 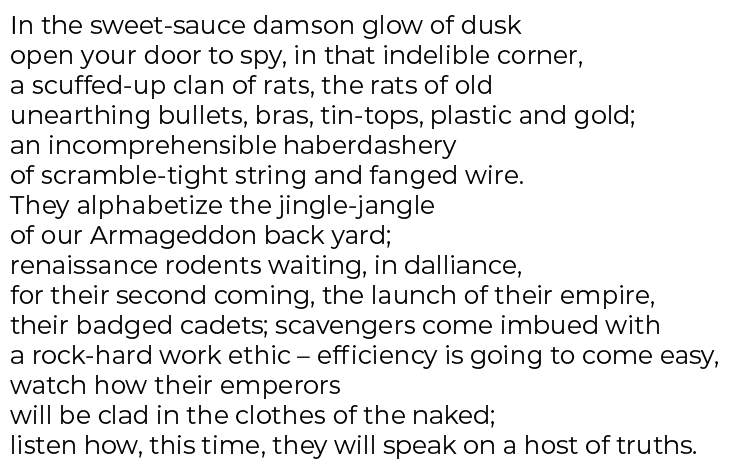 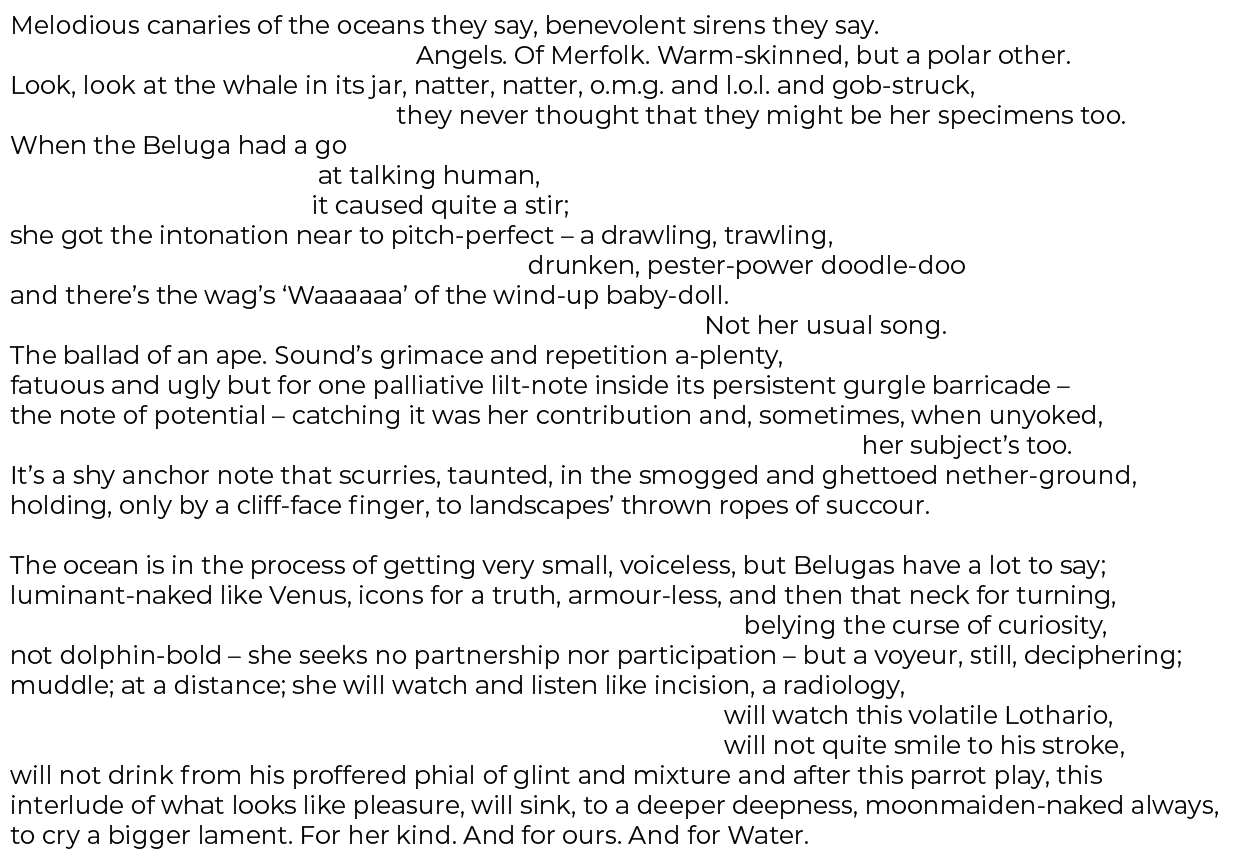